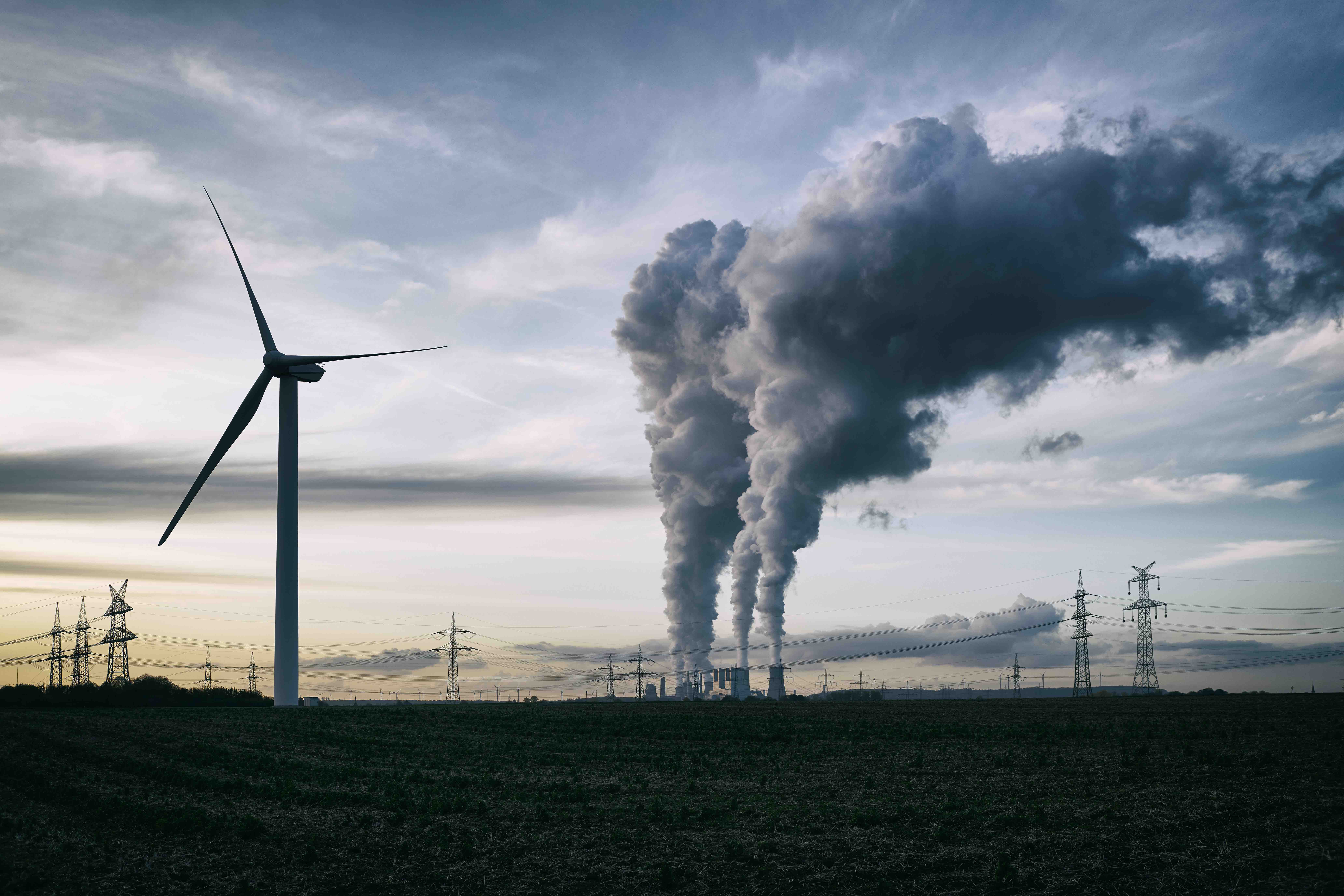 Did you know that the idea of a link between carbon dioxide (CO2) and increasing temperatures was first suggested in 1896? Swedish scientist Svante Arrhenius theorized that the increased emission of CO2 into the atmosphere from human activities such as burning fossil fuels was warming the planet.

However, scientists dismissed the idea at the time, and it wasn’t until the 1930s that researchers began really looking into the connection and found evidence that showed Arrhenius was right all along.

As more information of the devastating effects of global warming was discovered, countries around the world began to address it in hopes of slowing it down. In 1992, 154 states signed the UN Framework Convention on Climate Change (UNFCCC), the world’s first global agreement on climate change. In 2005, the Kyoto Protocol was entered into force and for the first time, specific greenhouse gas (GHG) reduction targets of six greenhouse gases were set for 41 countries plus the European Union to 5.2 percent below 1990 levels during the “commitment period” of 2008 to 12.

At the conclusion of that agreement, the Paris Agreement was entered into force in 2016, with the goal of limiting global temperature rise to 2° Celsius above pre-industrial levels, while taking steps to limit it to 1.5°.

To meet such sizeable targets, countries have adopted a multitude of approaches, such as enforcing recycling programs, limiting the use of plastics and promoting renewable sources. But while measures like those are more well-known, others such as energy efficiency initiatives have quietly had significant impact in lowering emissions.

According to the Energy Efficiency Impact Report, energy consumption and other related emissions would be 60% higher than they are if there weren’t energy efficiency investments. It found that six key policies saved an estimated 25 quadrillion British thermal units of energy in the United States in 2017, amounting to about 23% of the country’s annual energy use. Therefore, it’s no wonder that many countries are targeting energy efficiency solutions to combat climate change.

The European Union (EU) introduced a legislative framework to boost energy performances of buildings as it found that the building sector alone is responsible for approximately 40% of energy consumption and 36% of CO2 emissions in the region. Among the framework is the Energy Performance of Buildings Directive (EPBD), which requires that all new buildings must be nearly zero-energy buildings (NZEB) as of December 31, 2020 and that part of the energy used by these buildings must come from renewable energy sources.

In the UK, there is the Domestic Renewable Heat Incentive scheme which offers financial aid to home and building owners to replace oil and gas central systems with renewable heating systems. In 2018, Poland introduced the Clean Air program to improve the country’s air quality which was widely considered the worst in Europe, thanks to its heavy dependence on coal for heating. It designated 25 billion Euros to upgrade the heating systems and insulation of four million homes over a ten-year period.

Outside of Europe, the Environmental Protection Agency in the United States runs the ENERGY STAR® program which provides information on the energy consumption of products and devices in over 75 different categories, as well as on buildings and industrial plants. Since 1992, the program has helped reduce four trillion kilowatt-hours of electricity and over 3.5 billion metric tons of greenhouse gas in the country.

According to a 2020 report from RISE (Regulatory Indicators for Sustainable Energy), the fastest improving regions in the adoption of energy efficiency policies between 2017 and 2019 were Latin America, the Caribbean and Sub-Saharan Africa.‍

Transferring Heat Instead of Creating It

As shown in many countries, heating is a common area to target for improving energy use. The EU has recognized that space conditioning systems are a major factor of energy consumption in buildings. One popular solution is the adoption of heat pumps, which are recognized for its energy and cost saving abilities along with ample reduction of CO2 emissions.

In 2018, 1.3 million heat pumps were sold in Europe with France, Italy and Spain as the leading markets. The three countries combined for more than half of the annual heat pump sales in the continent with air-to-air source heat pumps as the most popular type sold.

Heat pumps are effective energy efficiency tools because instead of creating heat, it simply transfers existing heat from the surrounding air, even if the air is cool. The pump pulls heat energy from the air and turns it into a gas as it warms up. Then the gas is compressed back into a liquid which increases its temperature. The warm liquid goes through a heat exchanger which circulates it through a central heating system.

It is similar to how a refrigerator operates but in reverse. In addition, heat pumps can help cool homes as well. During warmer weather, it can draw warm air and humidity from homes and redirect it outside.

How to make heat pumps even more energy-efficient?

The benefits that an air-to-air source heat pump offers can be further increased with innovative technology like the Ambi Climate Mini. Compatible with air-to-air heat pumps, the Ambi Climate Mini Smart AC and heat pump controller detects temperature and humidity conditions in the home and automatically makes adjustments to provide the ideal living environment and energy use. The smart device allows users to conveniently control their heating and cooling units remotely or set timers to automatically switch them on or off, all of this from their phone.

As the urgency to address climate change and global warming increases, more countries around the world will lead the way to prioritize energy efficiency among other green practices. New and innovative technology will continue to be developed to help people and businesses reduce their carbon footprint in the world.

In case you missed it, learn how being energy efficient not only benefits the planet, but your wallet as well. 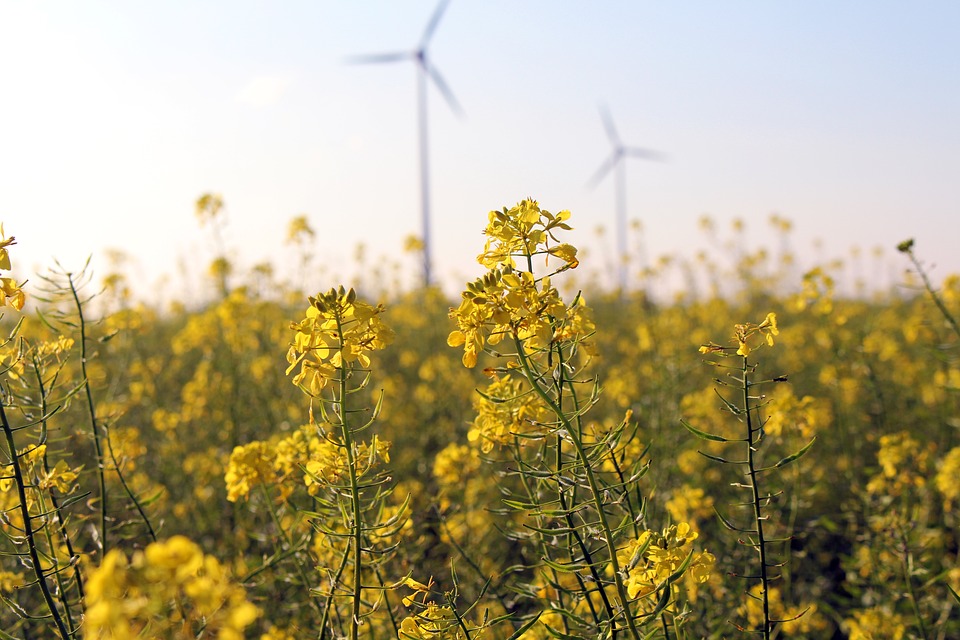 Green AirconEarth Day - What It's All About and How To ContributeApril 19, 2017

Green AirconEnergy Efficiency Helps the Planet (and Your Wallet)March 5, 2021
Back to Blog